Getting jump on summer at Utah’s national parks, attractions

The drawback of popular vacation destinations is their popularity can be overwhelming.

Traveling before Memorial Day and after Labor Day is a way to avoid peak crowds as well as the increasingly intense summer heat in many places.

Mid-May trips the past two years have provided pleasant and memorable experiences at Cape Cod and the three most trafficked national parks in Utah as well as the popular mountain town Park City.

Travel in comfort: Five best spots for glamping in Utah from Alltherooms.com

Lonely Planet guidebook authors rated the best times to visit the 23 top national parks in North America, and concluded that October offers the most advantages, followed by September. (graphic at bottom)

Here were their reasons:

Fewer crowds: kids are back in school after the summer break and ski season hasn’t started.

Weather: Temperatures in desert regions have dropped to reasonable levels and are not fully into the cold season in most montane regions. October is prime time for Indian summer, so don’t be surprised if you luck into some unseasonably warm temperatures.

Cost: Low-season rates for lodgings have kicked in for many areas to attract more travelers as the crowds thin.

Foliage and wildlife: It’s not just the maples of New England putting on a show, trees are turning colors across the continent.

April and May rated highly due to the first three factors while lacking the attraction of autumn colors.

Our visits to Arches, Bryce Canyon and Zion national parks reinforced the virtues of visiting in May. Weather was comfortable and crowds moderate, but there was a 20-minute wait to get into Arches and parking was hard to find at the most popular stops. Temperature in Moab was ideal in the low 80’s, but the following weekend was 94, and the park service was warning of lines up to an hour long to enter the park during Memorial Day Weekend.

The trip included the bonus stop in Park City, which is not only a winter haven for skiers and film fanciers but also a prime summertime destination.

Three days before Memorial Day weekend it was a pleasantly sleepy mountain hideaway. Park City Mountain and the other ski resorts in the surrounding area were preparing to crank up their summer activities, including mountain biking, zip lines, climbing walls and obstacle courses.

Thus, many of the attractions that lures visitors were not available. But here was the major advantage to an offseason stay: We got a luxury one-bedroom suite for $132 a night at the Marriott Summit Watch overlooking Main Street and the Town Lift. This is absolute prime location in ski season for an easy start and end to a day on the slopes and adjacent apres-ski options.

You couldn’t even get a room there for the holiday weekend, and moving into prime summer season the price was nearly double the offseason rate. Already it was difficult to even find availability for the following ski season.

The Town Lift in Park City was to reopen on Memorial Day Weekend. (Craig Davis/Craigslegztravels.com)

Plenty of room at the bar at The Eating Establishment in Park City during the offseason. (Craig Davis/Craigslegztravels.com)

The Egyptian Theatre is a hub for live entertainment in Park City, Utah. (Craig Davis/Craigslegztravels.com)

Waiting for the tourists to arrive in Park City, Utah. (Craig Davis/Craigslegztravels.com)

Our experience felt like being behind the façade of a movie set before filming. The cast and much of the crew hadn’t arrived. A worker was doing maintenance on the Town Lift in preparation for ferrying passengers to summer activities on the mountain.

No way up yet except to hike. Better to wander the town, exploring the usual shops without jostling crowds and no wait to get into restaurants, although some weren’t open.

There was also a live production of “The Full Monty” at the Egyptian Theatre, Thursday through Sunday nights, but the summer held bigger attractions there, including Al Jardine, The Yardbirds, “The Who’s TOMMY – the musical!” and Edgar Winter Band and Peter Yarrow.

The lack of customers made shopkeepers extra eager for conversation. The co-owner of a high-end gallery noted how the business is becoming more difficult as artists offer prints of their work online and then lament that their high-priced original paintings in the gallery don’t sell as in the past.

The clerk in a jewelry store skirted gingerly around political issues before offering that there had been a notable decline in foreign visitors since the beginning of 2017, particularly wealthy Mexicans who previously visited Park City.

The woman in the gallery painted a revealing picture of the Sundance Film Festival, Robert Redford’s creation that has been a late January fixture in Park City since 1981 while becoming the largest independent film festival in the United States.

But although the event has drawn more than 46,000 visitors in recent years, it does little for business on Main Street aside from the hotels and restaurants. It is a huge event for movie makers who come to do industry business but not to buy paintings and knickknacks.

Thus, many of the shopkeepers rent out their space for industry events and parties and leave town for those 10 days.

Here is a report about what it is like to attend the Sundance Festival from Buzzfeed.

The scent of booze lingers in the aftermath along with piles of unused brochures and pamphlets. The gallery proprietor suggested that the Sundance Festival may have evolved into something off track from what Redford envisioned.

Recharge the soul at Sundance Resort

On our way to Park City we stopped at Sundance Mountain Resort, 35 miles to the south, which Redford purchased in 1969 and has kept true to his vision of a small ski resort and hideaway “committed to the balance of art, nature and community.”

Having skied there several years ago (documented here), it was revealing to see the contrast to the slower pace of summer. The ski shop was transformed to outfitting mountain bikers. Zip-line tours, fly fishing, horseback riding and hiking were the other outdoor pursuits.

Mountain bikers take over the slopes in the summer at Sundance Mountain Resort. (Craig Davis/Craigslegztravels.com)

Still some snow on the higher elevation of Mount Timpanogos at Sundance Resort in Utah. (Craig Davis/Craigslegztravels.com)

The art studio at Sundance Resort offers an alternative to oudoor activites year round. (Craig Davis/Craigslegztravels.com)

Jewelry making is among the classes offered at the Sundance Resort’s art studio. (Fran Davis/Craigslegztravels.com)

Plenty of tables for a quite lunch in the Foundry Grill at Sundance Resort before Memorial Day. (Craig Davis/Craigslegztravels.com)

There is also yoga, meditation and art offered in an atmosphere that seems tailored for recharging body and soul. In other words, a stay at Sundance Resort would seem the antithesis of the madness of the film festival, though the excitement of that scene clearly has major appeal.

Redford has a residence nearby in the mountains and skis at the resort. We spoke to employees and guests who reported occasional sightings of the actor/proprietor.

After a laidback lunch by a crackling fire in the Foundry Grill, we visited the art studio where they offer classes in pottery, jewelry making print making, journal making and painting in various media. A woman who worked there said it was an idyllic place to work.

For visitors, it seemed a place to return to regardless of the season.

Even the most strenuous trails at Zion National Park are crowded during peak season. (Craig Davis/Craigslegztravels.com)

Zion is the fifth-most visited national park, so offseason is recommended to avoid the crowds. (Craig Davis/Craigslegztravels.com) 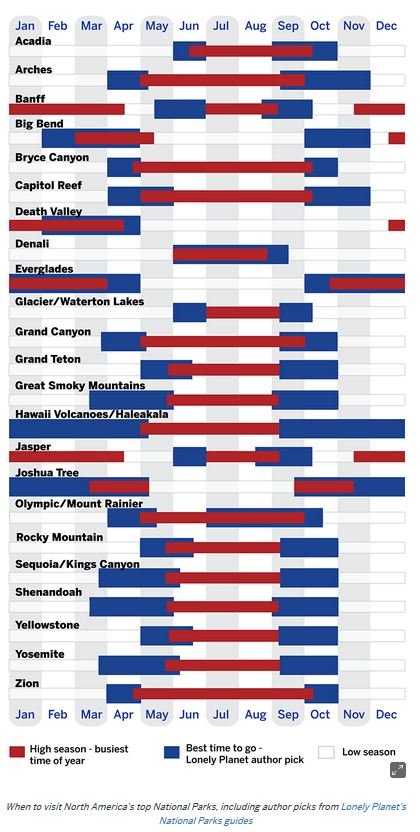 Arches only part of allure of Arches National Park

Visitors to Arches National Park in Utah are drawn to the 2,000 arches but discover there is much more to see amid towering rock formations. […]

Bryce Canyon National Park is a whimsical place where eons of erosion have created an arena-like amphitheater filled with humanoid-like hoodoos. […]

The east side of Zion National Park is an other-worldy realm of slickrock formations etched by eons of weathering, highlighted by the Checkerboard Mesa. It is an intriguing flip-side to popular Zion Canyon. […]