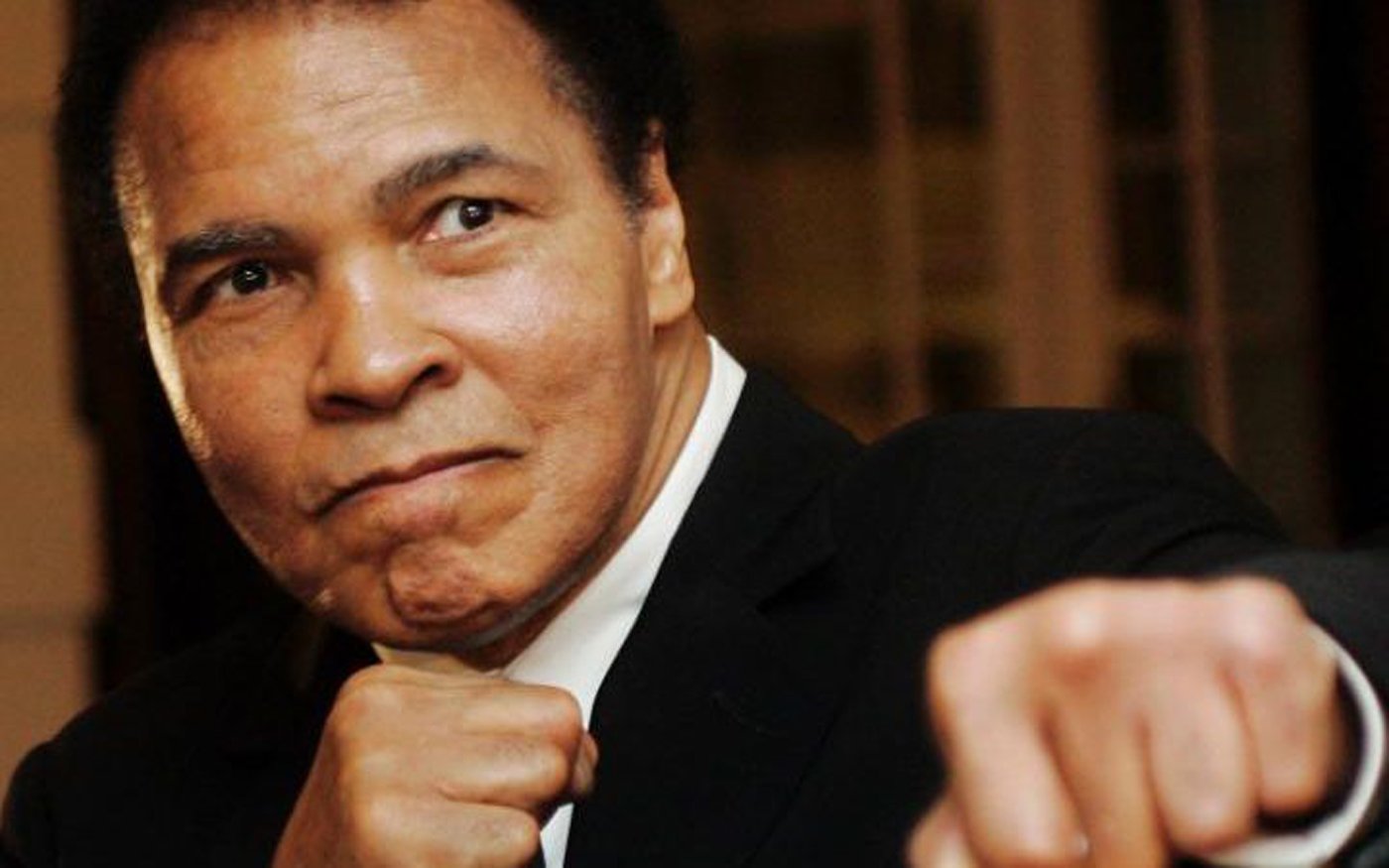 Tourists used to flock to the Fifth Street Gym in Miami Beach.

It was where Angelo Dundee trained boxing champions, the humble quarters that set Muhammad Ali on the path to become The Greatest.

Magical? You bet. The Beatles visited Ali there while he was still Cassius Clay, before he shocked the world by knocking out the seemingly invincible Sonny Liston at the nearby Miami Beach Convention Center.

The gym was torn down in 1993. There is a shopping mall there now.

A newer incarnation of the Fifth Street Gym opened at Fifth and Washington in 2010, reviving the name under different ownership. Ali made an appearance for the grand reopening. But it wasn’t the same, and the operation has since been moved a few miles away to Alton Road.

It is still possible to visit the site where Cassius Clay toppled Liston on Feb. 25, 1964 at the convention center. Below is my story from July 29, 1991 when Ali attended the renaming of Hall C as the Muhammad Ali Hall of Champions.

Portions of that report are contained in a look at Ali’s legacy in South Florida co-written with my colleague Ira Winderman at SunSentinel.com/sports upon Ali’s death on June 3, 2016.

MIAMI BEACH – The door swung open and there he was, the most recognizable face on earth. At his right arm Angelo Dundee, the alter ego, just like 27 years ago in the same building.

The pace much slower now. The famed Ali Shuffle a slow-mo shamble. There is a soft focus to his features. The head bows as if from its own weight.

He hadn`t gone 20 feet before there was a child in his arms. That did it. The light came on in his eyes. He stepped into the ballroom and everybody rose as one.

A woman said to a companion, “`It`s so sad to see what’s happened to him.”

That is a common reaction. Yes, it is a shame to see a man who spun through life at 78 rpm worn down to 33.

Nonetheless, a treat just to behold the face up close. That hasn`t changed. Muhammad Ali still moves people with his presence.

Last year at the boxing hall of fame, 10,000 admirers lined up to touch and be touched by him. It is the same wherever he goes. Always a crowd. He couldn`t move faster if he were on skates. They won`t let him.

Hall C of the Miami Beach Convention Center is now the Muhammad Ali Hall of Champions. The people came Monday to confirm the claim he made after he “whupped” the dour bear, Sonny Liston, in that building.

No one remotely like him. No other athlete with as wide-ranging magnetism. DiMaggio had greatness, grace. But he was aloof. We know where Ali has gone. Everywhere.

Combine remarkable skills, legendary feats and personality, and Ali was unbeatable. Babe Ruth may have come closest. But Ali transcended sports. He belonged — belongs — to everyone. He was the people`s champion.

“Ali is for all the people, not just black people,” said Evander Holyfield, who wears the boxing crown but knows he`ll never be Ali.

The mail still comes by the boxes. Somehow it all gets answered. According to his daughter, Jamillah, he signed 400 of the pamphlets he distributes, Introducing Islam, before leaving the hotel Monday.

“He loves to make people happy,” she said. “His hands will ache and he`ll still sign an autograph. If he sees a little kid cry, he`ll start crying, too, just to make the kid feel better.”

It took a while to see that side of him. At first he was so brash, so outrageous, people didn`t know what to make of him. When he refused to fight in Vietnam, some called him a traitor.

None of it fazed Ali. He thrived on beating the odds, whether fighting Liston or the draft. In his own inimitable way, he won over the world.

“Even the Vietnam controversy, it was proved that what he did was right after all,” boxing historian Hank Kaplan said. “Time has shown that was a senseless war. Maybe he was the saving grace of this country.”

Time has not been kind to Ali. Parkinson`s Syndrome has taken the bounce out of his step and dimmed the shout to a whisper. But it hasn`t blunted his spirit or wit.

During the introduction of the heavyweight champion –  intended for Holyfield – Ali stole the moment by popping out of his seat. Still the clown – yes, and champ.

Ali told a lengthy fable about a slave who was chosen to guard a king’s treasure. The slave’s curious behavior aroused the king`s suspicion. Turned out the slave wasn’t stealing, he was sneaking off to don his old tattered robe.

Ali never forgets to take time for his people. He even performed his pet levitation trick Monday. He signed autographs until his hands must have ached.

Finally, he settled into the back seat of a white stretch-limo. The window opened. It was dark inside. A fist appeared and shook momentarily. Strong, not frail.

Then it was gone. But the fighter still remained.

Before the fall: World Trade Center Towers stood for peace

The World Trade Center was a tranquil setting during a family visit in 2000, one year before the terrorist attacks of 9/11. The whimsical scene, with fiberglass cows modeled after the Twin Towers, is a surreal memory in a very different world. […]

The Costa d’Este Resort in Vero Beach is SoBe chic but with a laid-back vibe due to the influence of owners Gloria and Emilio Estefan. […]

Leaves are the stars of colorful New Hampshire autumn

October 14, 2015 craigslegz Northbound Comments Off on Leaves are the stars of colorful New Hampshire autumn

White Mountain National Forest In New Hampshire is prime viewing for New England’s fall spectacle of color. The epicenter is the 33-mile Kancamagus Highway, but there are numerous places to enjoy the show. […]