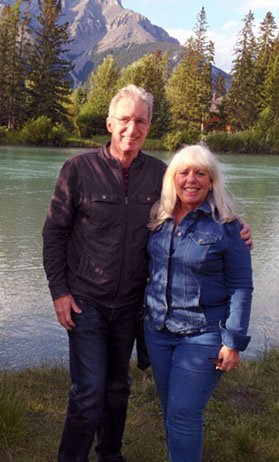 About Craigslegz Travels: I get around. My 40-plus years as a sports journalist in South Florida have taken me all over North America and on assignments as distant as Western Australia.

That has fueled a love for travel that Fran and I hope to continue to pursue once the coronavirus crisis has passed.

Travel is not necessarily about venturing a great distance, it is about exploring, expanding horizons. I am fortunate that when home in South Florida I am in one of the world’s premier travel destinations. I never take that for granted nor tire of fresh discovery, whether near or far from home. And it’s not just about the places, but about the people that make them distinct.

I have been a runner all of my life, and make a priority of running wherever I go. I learn the most about a place when I explore it on foot.

These are experiences and advice for fellow travelers from some favorite encounters along the way, with a preference for avoiding the well-worn paths.

Travel in the time of coronavirus

On Valentine’s Day 2020 I attended a travel industry show in Fort Lauderdale, Fla., a full day of presentations about exciting cruise and land vacations to Alaska, Europe, the Caribbean and beyond. Representatives of the various companies were almost giddy as they described the various vacation opportunities, with an emphasis on interactive experiences rather than just seeing a place.

Every session was packed, and the message was clear: The travel industry was booming and 2020 was the perfect time to take your dream trip.

Not once was there mention of a coming pandemic that was festering in Asia. Less than a month later, COVID-19 would become a global crisis that would bring all aspects of life to a standstill. Suddenly, traveling anywhere was out of the question.

Fran and I had plans for a 40th anniversary celebration in Paris , which is now on indefinite hold.

South Florida, which depends on tourism, went from hosting thousands of visitors for the Super Bowl in early 2020 to discouraging anyone from flying in, especially from New York .

Here is a look Hollywood Beach, where the beaches and ocean have never appeared more inviting, or been less hospitable.

The best way to travel at this time is virtually via travel documentaries. There are plenty to choose from on a variety of platforms.

My new favorite for travel programming is Journy, run by arts network Ovation TV. It offers a diverse treasure trove of travel series. Best part, all programming is free.

Check out an enchanting trip to Mashpi Lodge in the Ecuadorian cloud forest. And look forward to a day when it will be safe again to take that trip of a lifetime.

Starting 2019 with a sip of Scotch

Proud to feature the fine photography of talented son Glenn Davis in a new adventure at Craigslegz Travels as he takes us on a photo tour of Scotland’s Isle of Skye. It’s a fun ride and a lesson in landscape photography. Yes, there is a stop at a genuine Scotch Whisky distillery, and lots of rainbows too.

Exploring the natural wonders of Utah in a four-part series including visits to Arches, Bryce Canyon and Zion national parks.

Arches only part of the allure of Arches National Park

This journey, which began at Craigslegz.com, continues here at Craigslegztravels.com. All of the stories that first appeared at the former site have migrated to this one. A number of new stories are in the works and will begin appearing soon, so please subscribe and you will be notified when there are new tales and travel news. Hope you enjoy the dynamic, new format.

Chatham charm: Influx of great white sharks only adds to popularity of outpost at the elbow.

Fishermen in the Florida Keys pick up the pieces after direct hit from killer storm in September 2017.

Check out a photo page of images from my travels as a sports journalist to some prominent ballparks and arenas.

Craigslegz debuts a new category featuring memorable trips from the past under Good Old Stuff:

A father-daughter pilgrimage found a winning combination of baseball and beer in Boston in the summer of 2007.

Treasure in Mallorca: Soller train a trip back in time full of surprises.

Read all of the latest dispatches here.

Check out the latest Alien sightings.

Check out these random side trips

Toronto’s quaint island airport a joy for travelers and oh, so Canada. It’s named for a World War I flying ace who fought the Red Baron.

South Florida band called The Flyers will rock your socks off with the Jimi Hendrix Fire Drill.

Return to Aspen: Getting lost in the woods on Snowmass Mountain is a real blast.

How do Canadians survive the endless winters? Pass the maple whiskey

Craigslegz’s mascot is a three-eyed alien from the Toy Story films,
because when we travel we’re all aliens. See where he’s been and
look for the latest sightings here.